Under the technical leadership of Chip Gracey, Parallax has progressed from coding Apple II computers to designing the Propeller 1 and 2, our own custom multicore microcontrollers which we’ve released as a fabless semiconductor company.

These are the key milestones in Parallax history:

Partnership developed with Project Lead the Way (PLTW) and Cyber.org

Parallax begins design of our own custom multicore microcontroller, the Propeller 1

Parallax releases the SX-Key, the programmer and debugger for the SX microcontroller

Parallax partners with Scenix Semiconductor to design the SX, the fastest 8-bit microcontroller in the world

Parallax partners with Scenix Semiconductor to design the SX, the fastest 8-bit microcontroller in the world

PIC Programmer released and eventually sold to Microchip in Arizona

At the age of 13 in 1981, Parallax founder, Chip Gracey had his first major introduction to programming and electronics: the Timex Sinclair computer.

Chip’s influential junior high computer teacher Bob Wofford in the Winston Churchill Intermediate Sacramento, California school put Chip to work teaching the other students – and it’s probably the only class that Chip truly appreciated and remembered (hence our “Be the class they remember!” slogan for education).

Chip’s father Chuck brought home an Apple II computer and a green text monitor each weekend. Chip was fascinated by the new machine, writing BASIC code to display graphics and even removing the case to see the electronic components inside. Between taking the Apple II computer apart, creating hardware for it, and writing assembly code, every weekend was occupied.

The computer had to return to his father’s office every Monday, giving Chip time to plan his next weekend programming project. 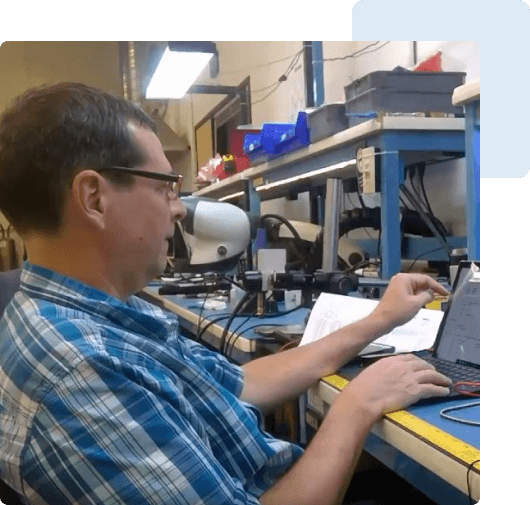 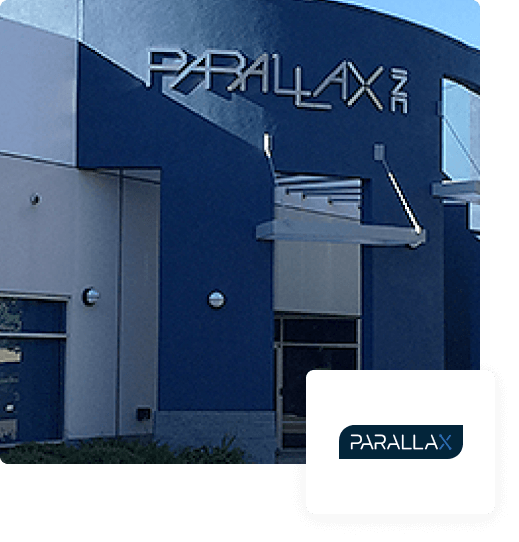 These early experiences quickly led to reverse engineering video game source code and household electronic hardware, and trying to use these devices for purposes other than originally intended.

Hobby transformed into a business, and by the time he was a senior in high school Chip was running a small business called Innovative Software Engineering (ISE) from his bedroom.

ISE made a software duplication hardware for the Commodore 64 computer called the ISEPIC (no relation to PICmicros). Within a year Chip sold 20,000 ISEPICs around the world, largely by word of mouth at local computer clubs and niche magazines.

High schools offered no software or hardware classes in 1983, and when Chip graduated in 1986 college just didn’t seem like the right place to start running a business. Instead, he and a friend Lance Walley started Parallax from their apartment.

Lance brought practical skills in writing, graphics and programming to the team. Lance was responsible for arranging company infrastructure, creating some of his own technical products and making Chip’s creations sellable.

The two assembled a Board of Directors with an accountant, attorney and an engineer. This Board of Directors provided positive direction for Chip and Lance, keeping them out of trouble but also arranging the different legal operating aspects of a new business.

The PIC programmer product grew quickly to include the Mathias emulator. While the first version of our PIC programmer was sold to Microchip, our subsequent revision sold 12,000 units over the next six years. 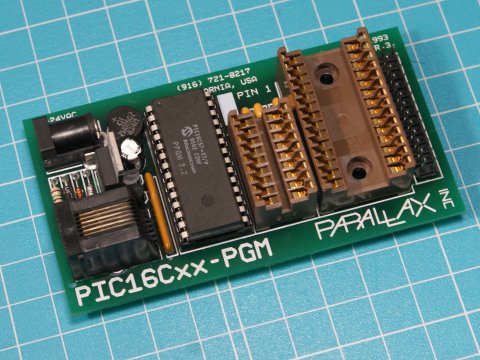 Parallax knew the BASIC Stamp microcontroller would be special – it was the tool they needed to do their own hobby projects. The fact that the BASIC Stamp module would create its own industry was probably unknown by Parallax founders, but it quickly became apparent that the small computer had its own group of enthusiasts. It let ordinary people program a microcontroller for the first time, and gave them powerful I/O commands that made it easy to connect to other electronic components.

The user base was tremendously diverse, including everything from scientists and hobbyists to engineers and entrepreneurs. By the end of 1998 Parallax sold over 125,000 BASIC Stamp modules and distributed a complete series of supporting peripherals through over 40 world-wide sales channels.

By 2002 there were over three million BASIC Stamp microcontrollers in use and the reliability track record was evident to our customers. 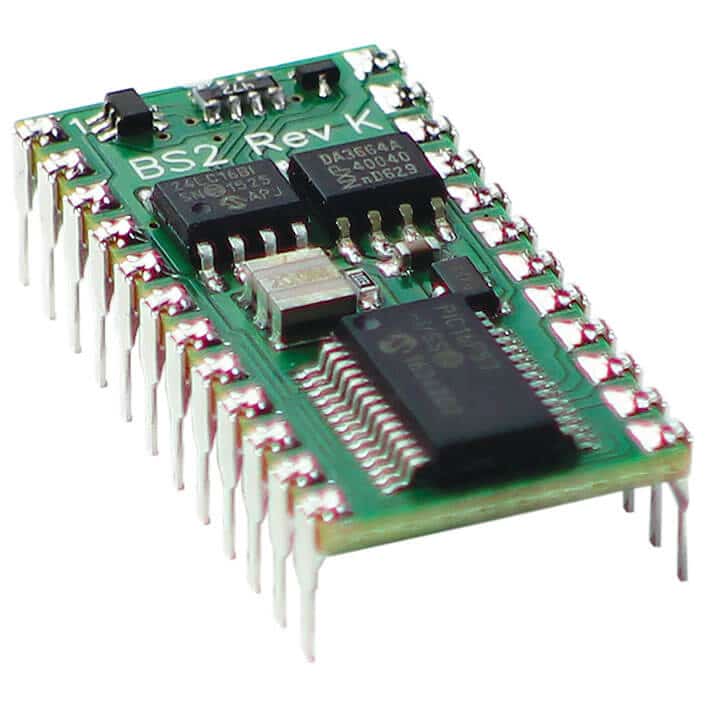 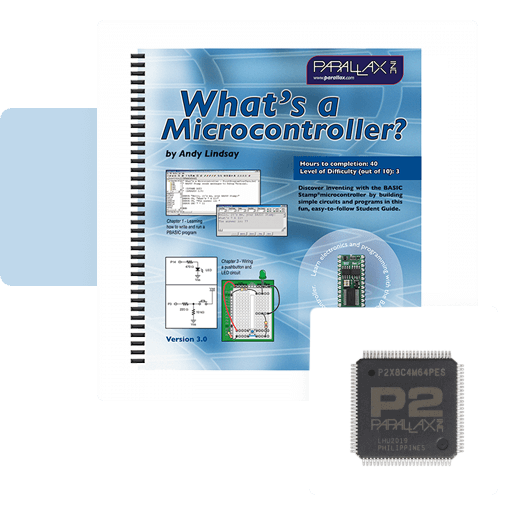 In 1997 Parallax made revolutionary industry progress with the famous Stamps in Class Program, lead with the release of “What’s a Microcontroller?” This product was the first educational curriculum and kit that brought hands-on coding and circuit building to an ordinary classroom.

Until that time there were very few educational resources that addressed the needs of the high school age electronic student. After seeing how our customer Chuck Schoeffler was making robots from Futaba servos and acrylic sheets cut on bandsaw at the University of Idaho, we worked together to create the Boe-Bot chassis.

The Boe-Bot concept grew into the world’s most popular educational robot with over 1 million units sold.

With this experience, we undertook a 14-year R&D cycle and completed the Propeller 2 Multicore Microcontroller, released in November 2020.

The applications of both of these devices are in medical, robotics, aerospace, test and measurement, and industrial control.