Getting Started with the Propeller Tool for the P2

The Propeller Tool is development software built by Parallax for the Propeller 1 and 2 microcontrollers.

It supports coding in Spin (high-level) and PASM (low-level Propeller Assembly) languages – the native languages of the Propeller built specifically for the hardware and its features.

These languages and the Propeller Tool software were developed by Chip Gracey and Jeff Martin during the design of the Propeller 1.

The Propeller 2 features the much-enhanced Spin2 and PASM2 languages, developed by Chip Gracey with a large amount of input from many users in the Propeller Community.

Spin is favored for its ease of use and PASM for its high-speed control, though both appear in applications that span hobby, education, and commercial uses. Propeller applications may consist fully of Spin or PASM code, or may be any mix of each; running independently or cooperatively as desired.

Propeller Tool is designed for the Windows operating system. Here’s an example showing its configurable syntax highlighting that distinctly colors each section of Spin code. 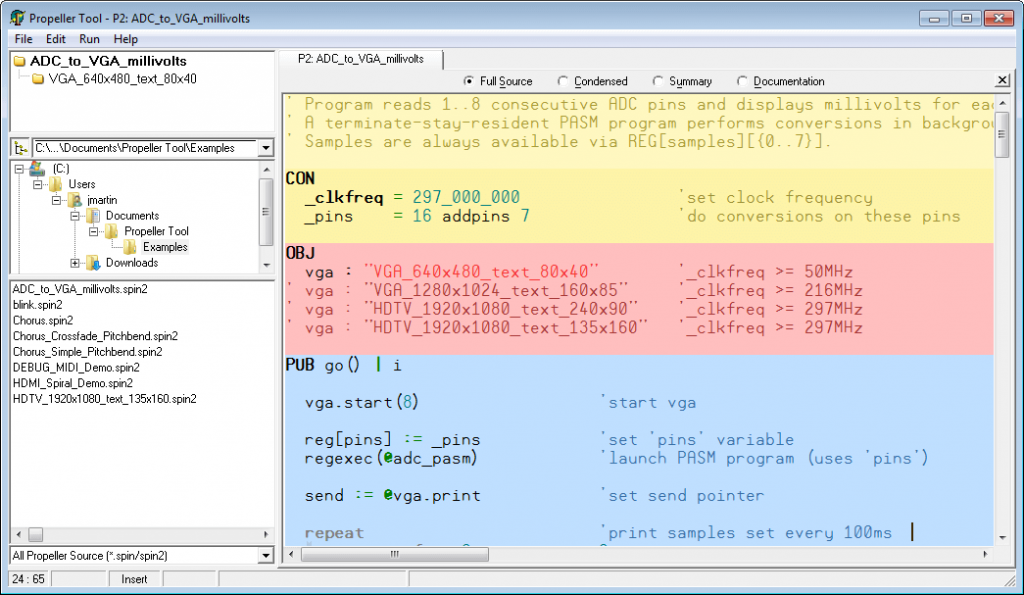 With just a few steps, getting started is quick and easy with the free-to-use Propeller Tool.

Connect the P2 Eval Board

The left panel of the Propeller Tool window is a file explorer, the right panel is the source code editor, and the menu bar stretches across the top. 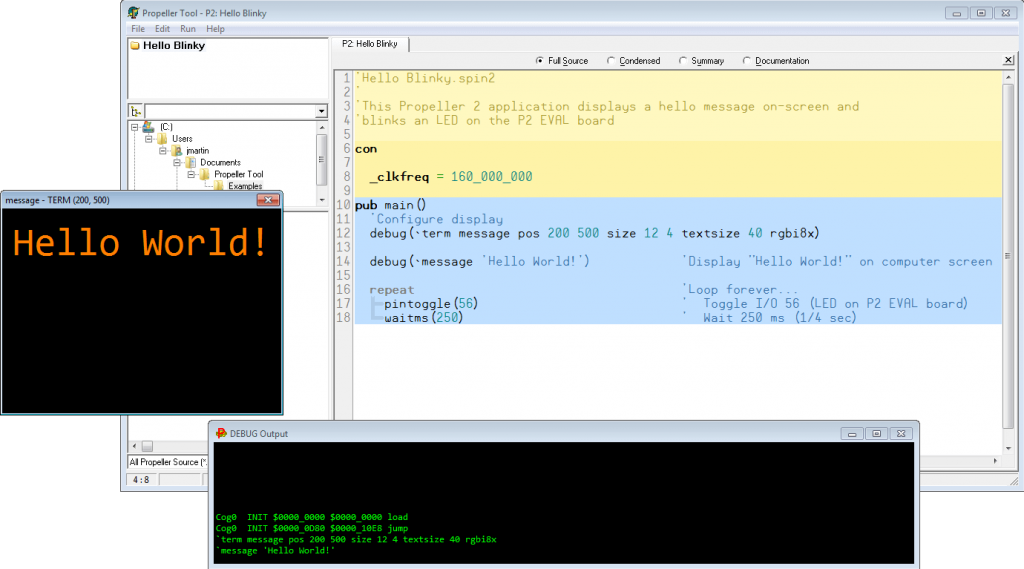 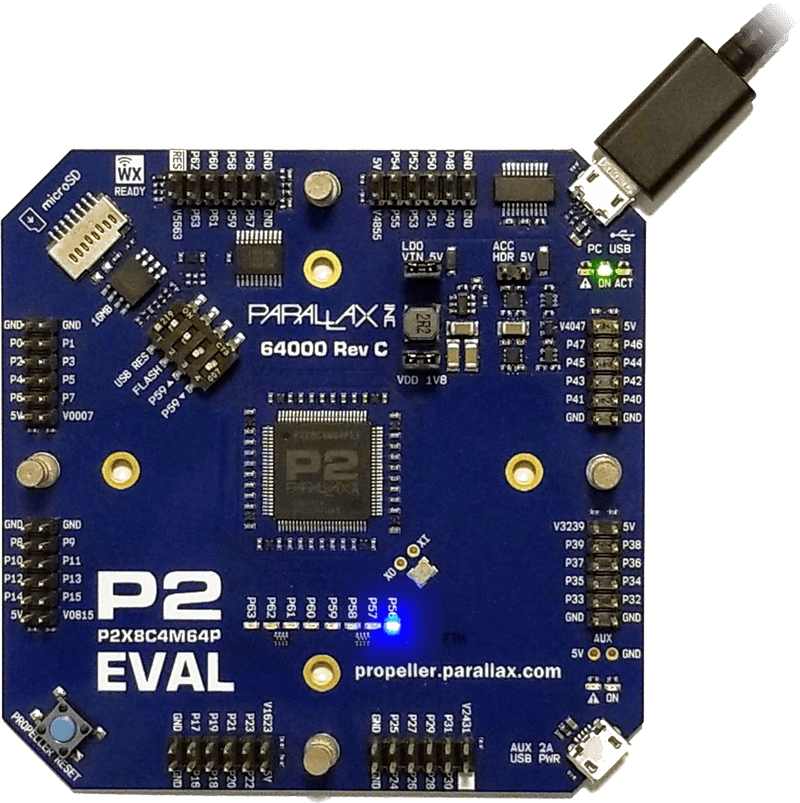 The above steps downloaded to RAM, so it will only run your application until it is reset, power cycled off/on, or until/if the program itself naturally ends.

See the Propeller Tool’s Help menu for online Propeller 2 hardware and language documentation. Check back often as more is developing.